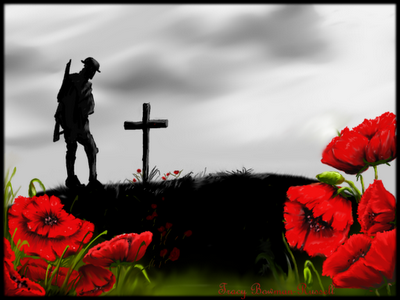 World War one started on the 28th July 1918 due to the assassination of Archduke Franz Ferdinand of Austria. This immediately started the first world war and people though it would be the war to end all wars but little did they know that less than 30 years later there would be another war that would kill a whole generation of young men. In the world war one alone 8 million soldiers, from all side were killed and another 21 million were injured. One the 11th November 1918 at 11:00am the armistice was signed but it took another 6 months for the Treaty of Versailles to be agreed. Even though the first world war lasted for almost four years so many young men died and so many families were affected forever.

World War two started on 3rd September 1939 due to Germany (Adolf Hitler) invading Poland. During the next almost 6 years Germany took control of Europe and nearly 6 million Jews were killed in concentration camps and almost 61 million soldiers and civilians dies during this time. So many children from London and the surrounding areas were evacuated to the ‘country’ due to the German planes bombing the city during the Battle of Britain. The war came to an end on 8th May 1945 once Germany has surrendered. Once again this war only lasted almost 6 years but so many people had died in such horrendous circumstances that families even now have been affected.

As we have marked the anniversaries of each of these wars a couple of weeks ago we would at least know one person in our family who was killed or injured in one if not both of these wars. I always think that remembrance day is such a sad even because not only are we remembering those people who have died but we see that there is still not peace in this world today, wars carry on, fights happen and people die. Young men and women sacrificed their life so that we could live in freedom today but so many people don’t.

I know that each and every man who fought in both these world wars and wars since signed up and volunteered to keep their country safe and I will be grateful to them. But for me as a Christian I only know one person who gave the perfect sacrificial death, Jesus Christ. He lived the perfect life and died the perfect death. He sacrificed his perfect body, his perfect life, his perfect actions so that we are able to come to God through him. Jesus had everything to live for and he had all the friends and ‘enemies’ that he wanted but he still went to be killed for us.

It is amazing to think that young men went to the front line for us but to think that Jesus who was perfect in every way went to the cross for us is even more incredible! As I remember the men and women who died for us I remember Jesus more as He gave his life so that we are able to trust in him, get our lives turned around and to be able to live for eternity with him in a place that he has prepared for us.